5 of my relatively close ancestors died in asylums between the 1870s and the 1940s and I have decided this summer to trace the details of their time in the asylum. 4 were in public asylums and 1 was in a private asylum. Their asylum stays ranged from 1 year to 40 years. 3 were related, a grandfather and 2 grandchildren. I’m particularly interested in why they were admitted to the asylum. This blogpost is intended to serve as an introduction to my asylum research.

John was my 2 times great grandfather. He was born in 1861 in Ettrick, Selkirkshire to John Stevens and Elizabeth Tullie and married Elizabeth Gamble in Ballymoney in 1895.

The General Register of Lunatics in Asylums tells me that John was admitted as a pauper (ie under the poor law system) to Hartwood Asylum, Shotts and he was there for 12 months until his death in February 1905. He died from acromegaly (a hormonal disorder causing bones to increase in size) and acute endocarditis (a heart infection).

This is Hartwood Asylum: 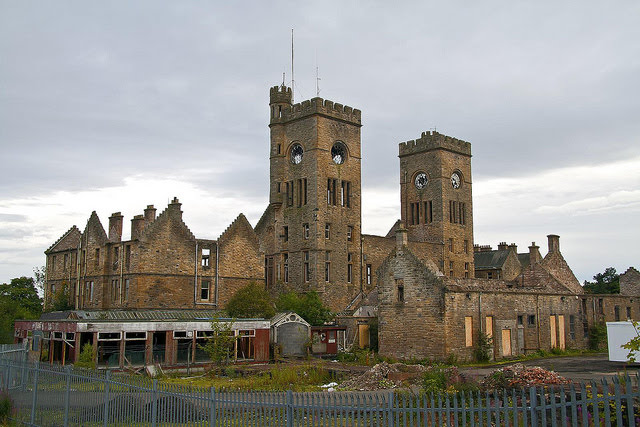 Allan McDonald was my 4 times great grandfather. 2 of his grandchildren were also in asylums. Allan was born in the parish of Southend in Argyllshire in 1795 to John McDonald and Mary McLachlan. He married Mary Ann Cameron in the same parish in 1827.

I know that Allan was in the private asylum, Sir Gabriel Wood’s Mariners Asylum in Greenock in 1861 and he died there in 1870 after a stay of at least 9 years. He died from asthma and chronic bronchitis. 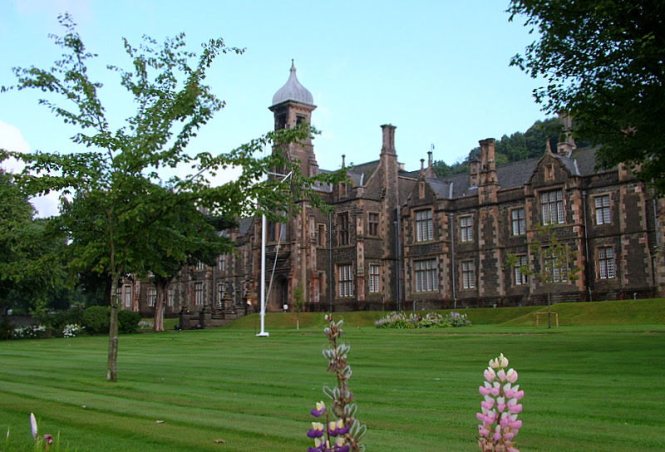 Mary Ann was the sister of my 2 times great grandfather and the granddaughter of Allan McDonald mentioned above. Mary Ann was born in 1860 in Arbroath to Alexander Hunter and Mary Ann McDonald.

The General Register of Lunatics in Asylums tells me that Mary Ann was admitted to Kirklands Asylum in May 1910 as a pauper and was transferred 16 months later to Govan Asylum which was at Leverndale Hospital, Renfrewshire. She died there in August 1923 after 12 years and 1 month at Leverndale. She died from cholecystitis (inflammation of gall bladder) and gall stones.

John was born in Arbroath to Alexander Hunter and Mary Ann McDonald. 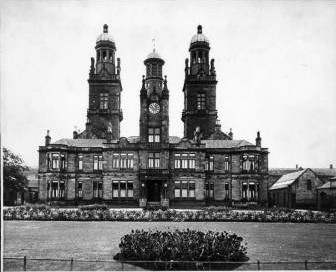 Jane was the 1st cousin of my 2 times great grandmother. She was born in the parish of Daviot and Dunlichity in Inverness-shire in 1870 to James Mann and Ann McCulloch.

The General Register of Lunatics in Asylums tells me that Jane was admitted to Inverness Asylum as a pauper in January 1901 and she was to die there after 40 years and 2 months in Inverness Asylum in February 1941. Jane died from senile dementia.

This is Inverness Asylum:

Unfortunately I know from previous research that the relevant poor law records haven’t survived. However I intend researching Jane in the Inverness Asylum records in the Highland Archives and in the national asylum records in the National Records of Scotland.

My next blogpost will be published in June with an update on my asylum research.

5 thoughts on “Ancestors in the asylum – part 1”